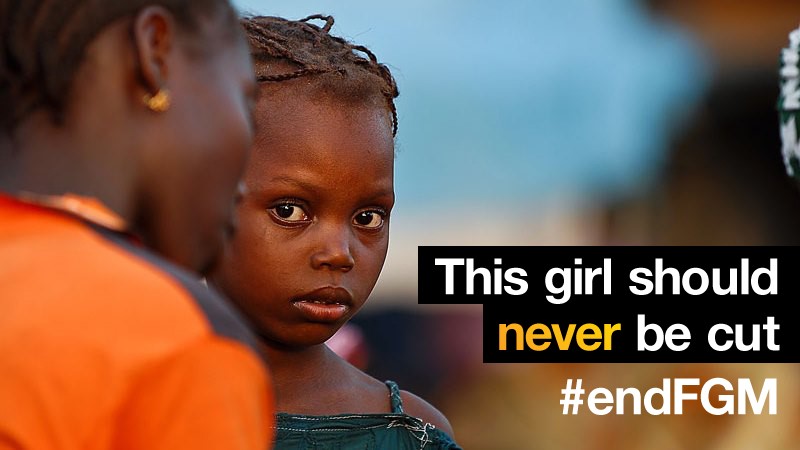 Ade Mamonyane Lekotje, the Resident Coordinator of the United Nations system in The Gambia, said it is estimated that over 125 million women in the world today have undergone FGM and that 30 million more girls are at risk over the next decade on the African continent alone. Madam Lekotje made this disclosure while delivering a statement at the National Youth Forum on Female Genital Mutilation (FGM) held from 6 to 8 October 2014 at the Paradise Suites Hotel conference hall. The forum was an initiative of the Safe Hands for Girls, Think Young Women, National Youth Councils and other organizations that share a common interest in the campaign for the rights of women in the Gambia and the world at large.

The UN Resident Coordinator said in the Gambia more than three quarter of all girls and women have undergone FGM and that over 300,000 girls and women, whose ages are from 15-59, have undergone FGM. She noted that the Africa group at the UN had successfully called for a global ban on FGM in 2012. She described FGM as violence against women and girls and a human rights violation, as well as a harmful social norm. Speaking earlier, Mr. Sait Matty Jaw, the event coordinator, said inspite of the various national interventions and achievements, there still remain some significant traditional practices like FGM, early marriage and nutritional taboos leading to gender gaps and inequities that expose young people to reproductive health problems. He said these result in poor maternal health indicators for women and girl children of the Gambia.

Mr. Jaw further said that although the practice remains a serious human rights violation, people have disguised its practice as a religious obligation and young girls, in particular, suffer the consequences in the early part of their lives. He said the forum is organised by Think Young Woman Safe Hands for Girls, NYC with support from Action Aid International The Gambia, Options UK through Equality Now, the Guardian Newspaper UK, UNFPA and UNICEF, GAMCOTRAP, Wasso-Gambia Kafo, Women’s Bureau and Tostan. He concluded by thanking all their partners for the support. Speaking on behalf of the Vice President, Mrs Binta Jammeh-Sidibe, the Executive Director of Woman’s Bureau, said women and girls continue to be victims of such violence across the continent and the world at large.

“This legislation I presume will therefore have an impact on our criminal law as enshrined in the criminal code and other existing laws of the Gambia,” said the Executive Director of Women’s Bureau.

Mrs Jammeh-Sidibe said in 2010, a national steering committee on Gender Based Violence was established to coordinate interventions that address gender based violence. Other speakers who spoke at the forum included Madam Nancy Nyang, the Permanent Secretary at the Ministry of Youth and Sports, Mrs. Jaha Dukureh, founder and Executive Director of Safe Hands for Girls and the representative of the UK based Guardian Newspaper.