Good day peeps, We shall continue this week on our #AfricanLioness Series with the inspiring story of Marie Diongoye Konaté of Mali. She thought why should Africans import processed infant foods when we grow cereals in Africa enough to take care of infants. She believe this would greatly reduce the cost of purchasing these imported processed infant foods, which are not even healthy because of addition of preservatives. Her dougedness and tenacity made her make the list of our weekly African Lioness stories.

Without much Ado, I present you her success story: 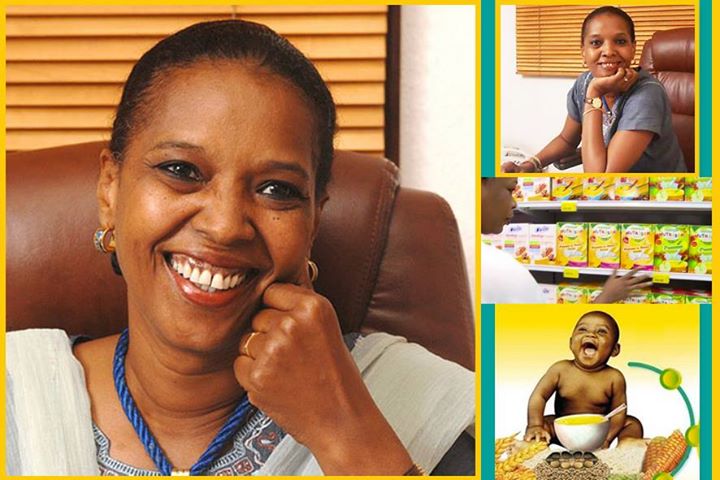 Do babies and toddlers in your country eat imported infant cereals or ones that are locally grown and produced? If imported, have you asked why?

Africa has the second fastest growing population on earth, doubling in size to 1 billion in the past 27 years. It’s projected this could almost double again by 2050!

Born in Mali, this West African lioness founded her multi-million dollar baby cereal company, Protein Kissèe-La (PKL), in 1995 with only 600 Euros in capital.

Inspired to create a nutritious infant porridge that parents could feed their infants quickly and affordably, Konaté first bought a used milling machine, then rented a stand in a market in Abidjan, the capital of Côte d’Ivoire.

She used her own money to set up her small food processing operation, which became known as “an African miracle,” because big banks wouldn’t give loans to new small businesses such as hers, and she wanted to show it was possible.

Her aim – to set up a local business, using local crop inputs, to produce highly nutritious fortified infant food, affordable to the poorest of the poor.

How did she get started?

First, she asked herself the question – “why must African parents feed their infants imported infant cereal when ingredients are produced locally?”

Trained as an engineer-architect in Switzerland, Konaté identified both a need and an opportunity to provide local homegrown (non-imported!) answers to widespread child malnutrition problems. When she lived in Brazil in the 1980s, she saw firsthand how Brazilians transformed some of their nutritious agricultural crops like soybeans and corn into finished products.

In Africa though, it was the opposite –

Konaté thought this made no sense at all – especially when giant multinationals like Nestlé and Danone were feeding imports to Africa’s children, while local farmers were growing many of the same nutritious crops, to be fed only to animals . . .

So, she resigned her salaried job and embarked into her own business, taking on some of the largest companies on earth, who remain her fiercest market competition!

Konaté has faced several challenges in the past 20 years – huge international competitors, post-election civil war, economic turbulence, among others.

One of the biggest crises that nearly sunk PKL about 10 years ago years was toxic waste dumped by a ship, right near her baby food factory. This is may be one reason why they call Konaté unsinkable!

She says her best weapon is “ethics.” The message to fight corruption is posted on all of PKL’s walls:

___ “Refuse to be corrupted. It is the best investment you will ever make!”

__What local problem did this African lioness identify?
__What opportunities and challenges?
__Did she sink when seas got very rough?… because entrepreneurial seas will always get rough, sometimes.