Good day readers and commentators of our blog. We are glad to have you visiting Africanrubiz to share thoughts and opinion with us on the advancement of the African woman.

We shall be embarking on a Weekly series called “African Lioness Series”. We would be taking a look at Women entrepreneur of African Origin (#AfricanLioness) that have impacted the continent socially and economically. These women had against all odds created and successfully established their businesses. We thought their stories would be an inspiration to would-be women entrepreneurs. Our selection is based on recommendations and actual research of the people recommended. This list would cut across all countries in the African region and all sectors of the economy. Feel free to also send us your recommendations @ info@africanrubiz.org. follow the trend on twitter: @Africanrubiz and facebook: AfricanRubiz to share your opinion with us!

Without much Ado, I present to you our African Lioness of the Week! 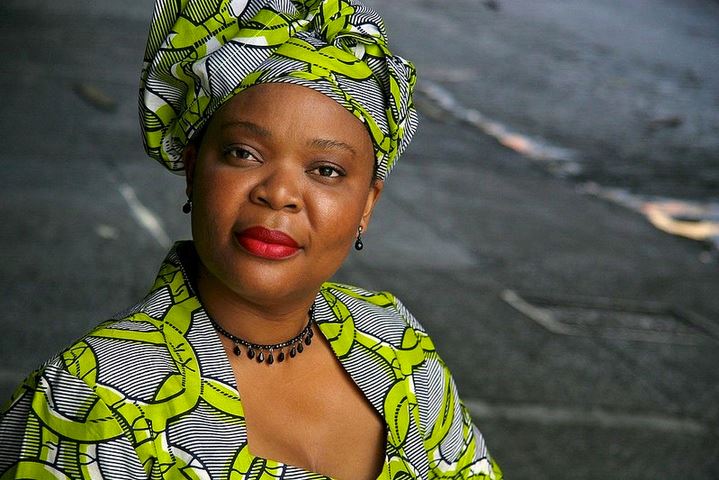 Liberian Social Entrepreneur Ms Leymah Roberta Gbowee, was not a powerful head of state or diplomat when she awakened one morning from a dream where she said a voice told her, “gather the women of the churches and pray for peace!”

Both before and after her dream, Ms Gbowee survived great hardship and personal challenges.

___”You can never leave footprints that last, if you are always walking on tiptoe!” Ms Gbowee counsels other women.

Conflicts on our continent between 1990 and 2005 cost Africa more than 284 billion dollars!

An Oxfam report (2007) estimated that countries at war versus those at peace have at least 50% more infant deaths, and 15% more undernourished people. Life expectancy is reduced by five years and indirect deaths are 14 times higher than deaths in combat. I am sure these numbers are very conservative. Most of all, wars destroy hope.

Ms Leymah Gbowee was only 17, an aspiring medical doctor, when the killing started in 1989 in the first of two civil wars that eventually killed 250,000+ Liberians. The world most remembers the wars because child soldiers as young as 7 years old were recruited as killers by Liberian warlords.

Fleeing at first, young Ms. Gbowee became a refugee in Ghana, at one point sleeping on a hospital floor with a newborn baby because she had no money to pay the bill.

For a while, she said the war made her feel “crippled with hopelessness.”

What path then led this former-refugee, social worker, single mother of six to win the greatest award in the world for service to humanity__The Nobel Peace Prize?

After escaping to Ghana, where she lived in refugee camps, with her five children, Ms Gbowee decided to leave her children in the custody of her sister, and return to Liberia to see what she could do to help…can you imagine that!

As she describes it herself, it began with a dream, one night as she slept:

“I heard a voice say to me, in the dream:

GATHER THE WOMEN OF THE CHURCHES AND PRAY FOR PEACE!”

She recalls, she thought the dream must be meant for someone else, definitely not her! But her friends convinced her otherwise.

Ms Gbowee thereafter gathered other Liberian women of all faiths, both Christian and Muslim (who were fighting each other in the war), to pray, protest, and fast together peacefully for months, until the warring Liberian forces finally negotiated to end the war.

In a few short months the whole world rose up to end the conflict in Liberia. The United States sent warships, Nigeria’s President Obasanjo travelled to Liberia, forced the warlord President Charles Taylor to step down, and took him back to Nigeria on his plane. When he tried to flee, President Obasanjo handed him to The Hague where he was convicted and imprisoned for life. Elections were held, and in 2006 Africa’s first woman President was elected — Dr Ellen Sirleaf Johnson. Five years later the Nobel Prize Committee announced that two African women were amongst that year’s three winners…Ellen Johnson Sirleaf and Leymah Gbowee!

When I heard about Leymah Gbowee for the first time, like many people I had never heard of her…”Who is this woman who has been given the highest recognition in the world?”

__”Gather the women of the churches and pray for peace!”

Daniel said, “the people that do know their God shall do exploits”.

I hope you were inspired as I was.