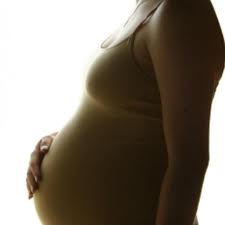 The government of Tanzania envisages building medical operation theatres and maternity waiting rooms in all district health centres, in a quest to improve reproductive health services which, at the moment, are bleak.

The initiative will bring the services closer home. This is a heartfelt undertaking that will whittle down maternal and infant mortality rates which remain high, albeit continual efforts to save lives.

We are told that the move is part of a broader strategy to achieve Millennium Development Goal (MDG) Number Five.

We are also told that the maternity waiting rooms will shelter pregnant women who live far from health centres and those who might have attendant health complications such as high blood pressure – which need close monitoring before delivery.

Tanzania has succeeded in reducing maternal mortality by about 2,000 deaths a year in the past five years.

Indeed, this is remarkable success in a noble societal crusade. The upshot here is to contain all fatalities among women during pregnancy and childbirth.

President Jakaya Kikwete told a meeting at the United Nations two years ago that his nation has cut maternal deaths to about 6,000 per year. He was, however, quick to add that this figure was still too high.

The figure desired by the State is zero – an encouraging initiative, indeed. No woman should die from pregnancy complications or the ravages of childbirth. But the nation is also seriously short of trained health workers such as midwives.

The medical fraternity therefore, must be boosted and primed to work much harder to support the state’s life-saving initiative.

The people, especially those in rural areas, should be enlightened on the best steps to take when pregnancy complications crop up.

Midwives believe that with any pregnancy there is a possibility that something may go wrong. Pregnancy complications cannot be predicted; especially when the pregnant woman is a new mother.

This explains why most new mothers are referred to reputable hospitals. First pregnancies are the most dangerous, especially when they involve teenagers. Dangerous problems can arise without warning during pregnancy or childbirth.

This means all families need to know the location of the nearest medical centre ahead of time. Families also need to know about risk factors and should be able to recognise the warning signs of possible problems.

Ominous signs include high fever, a water break before due time for delivery, convulsions, severe pain and prolonged labour which can lead to obstetric fistula and even death for the infant or the mother or bot