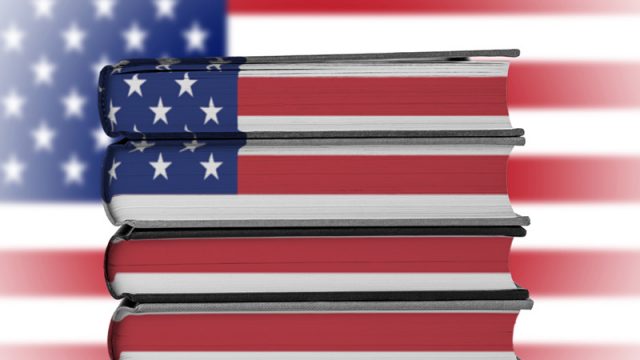 In this course, we are interested in surveying the body of work referred to as American Literature. This body of work consists of the written pieces that were produced in the United States and in the old colonial years before the coming together of the union. Thus, in studying the writings, we will peep briefly into the history of the country. The early history began before 1500; the notable point was in1492 when Christopher Columbus arrived and then began the European colonization of the Americas. The colonies began to be formed and by the 1760s 13 British colonies had been formed with about 2.5 million people settled along the Atlantic Coast. Please, read more about the history of the formation of the early America and all the interesting socio-political occurrences and how they influence the development of the contemporary American society. However, in this course, our interest is in the writings and the development of the body of works that came to be referred to as American literature.

In the early America there are different forms of writings, but the earliest ones were travel literature, which were basically accounts of the discovery, exploration and promotion of the new world. These kinds of writings were known to begin in 1585 when there was the earliest attempt to settle down in the new world, the area that is now known as North Carolina. Another account puts the date at 1607 when settlers began writing about the first permanent English colony in America, which was set up in Jamestown in Virginia. These writings were focused on religion as their main theme; thus, many of their subject-matters include sermons, church doctrines, spiritual autobiography, and position paper on church polity and so on. As for novels or fictional works, this did not evolve until around 1740; the writing of short stories began from about 1830. As for drama, this did not come until much later, which was unlike their homeland, England, where drama flourished in the Renaissance. The reason for this is not far-fetched; American urban centers, large enough to attract regular audience, did not take off until later when the settlers have already become comfortable in their new home. Those early American writers also wrote biographies, diaries, journals and other forms. There were essays, speeches, and political tracts which became the dominant forms in the eighteenth century.

Poetry was also a major genre of American literary writings and there were several well known poets who wrote great poems that have major influence in the study of poetry even till our days. Edward Taylor and Ann Bradstreet were the early ones who wrote religious and personal poetry; then from the eighteenth century onwards, excellent poets like Benjamin Franklin, Richard Lewis, Phillis Wheatley and a host of others burst into the American literary field. My co-tutor on the course will dig deep into this and broaden your view on the American poetry, its effect on the literature and the influence on contemporary writings.

Now, let’s look at the characteristics of the American literature. You will recall that this body of work, as mentioned earlier, developed after the ‘pilgrims’ arrived the colonies and began settling down; most of the writings at that early period depicted the experiences of the people in the new terrain they have just settled in. Thus the writings present the diverse and revolutionary views of the people and their unique ability of building a great nation from nothing. This ability developed out of the experiences of hardship and suffering which the early settlers saw as a burden they had to go through in the process of building the great country that America has become today. The ruthlessness and misery that these builders experienced are clearly portrayed in the narratives and other literary writings that constitute what we now describe as American Literature. Therefore, to define American literature, one will have to acknowledge the painful realities of the early history of the people. If you recall the displacement of the Native Americans, the physical abuse inflicted on them by the colonists, the misery visited on the Natives by the revolutionaries and the explorers all coalesce into a harsh reality capture by the literature in form of writing which consists of physical abuse, lack of love, morbid characters, and other negative themes and features. Each writer contributing to the corpus adds to the … mosaic that is continually being redesign by subsequent generations.

In contemporary times, the harsh reality of the narratives coming out of American literature matches the reality of the lives of the average Americans, which is about constant struggle for survival of the blacks and Hispanics. These experiences of the harsh struggle against the painful realities of their lives are simply replaying the experiences of the historical past; the early destruction of the Native American Population and the disease ravaged population of the Hispanics. The continuous struggle of the Black lives Matter movement in America today and the ongoing debate on the subject of race are evidences of the fact that it’s a continuum; as the reality on the street matches the harsh nature of the narrative in the literature. Therefore, we can conclude that American literature is the same as American history; a relive of the painful past, the unloving and negative unromantic narratives of the notable realities of the historical past, the forgotten characters and the loathing that the people had for each other. On rare occasions when the literature attempts to present its readers with real life love stories, it is hardly about romance; in most cases, it is about lust and desire.

Why Study the Literature?

The growth of American literature as we know it today actually began with the development of the publishing industry, which set out in the middle decades of the nineteenth century; it promotes works of notable writers that came to be identified as the foundation of the American literary tradition. However, it took a while before the publishing industry could prosper; the successful acceptance of the imported British writings convinced the American publishers that the time was ripe for the development of the American publishing industry, especially the growing demand for works of American writers. This paved way for the expansion of the American market and the growth of a flourishing literary culture. Thus, began the rise of American writers like Ralph Waldo Emerson, John Smith, William Bradford, Anne Bradstreet, John Winthrop, Benjamin Franklin, Phillis Wheatley; and much later, Nathaniel Hawthorne, Herman Melville, Edgar Allan Poe, Henry David Thoreau, Harriet Beecher Stowe and others. Now these writers developed their writing at different times and their influence was noticeable in the development of the American literary tradition.

The Periods of American Literary Tradition

American literature has been categorized according to the shared experiences of the people. There are 5 major literary periods that are acceptable by scholars, although some have identified 7. The 5 major periods began with the Colonial and Early National period (1492-1700); the Romanticism and Transcendentalism period (1830 to 1870); the Realism and Naturalism (1870 to 1910); the Modernist period (1910 to 1945) and the Contemporary period (1945 to present). However, some other scholars have added 2 more periods, which are a separation of the Colonial and Early National as two distinct periods and the addition of the Revolutionary period (1700 to 1800). Please, look up the references I have provided at the end of this note and do more extensive research of your own to learn more about these periods and the writers that dominate the periods. Please, take that as your assignment; spend the next ten days to work on this and let’s see what you come up with. Thereafter, we will discuss some of these literary traditions and the writers that represent the traditions; then we will turn our attention to the writers we’re interested in discussing their works in this course.

Class Note for LIT. 418: FEMINISM, POSTMODERNISM AND THE CHANGING CINEMATIQUES IN CONTEMPORARY FILMS

LIVING TO BE A DAILY HEADLINE