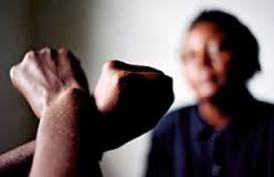 Women in Kaduna State have risen against gender based violence with a brainstorming session in Kaduna which sought solutions to the menace.

The meeting at the Women Multipurpose Center in Kaduna which was chaired by the new Commissioner for Ministry of Women Affairs and Social Development in the state, Mrs. Comfort Amwe, witnessed a large turnout of women groups in a show of solidarity aimed at finding solutions to the problem.

Mrs. Amwe said domestic violence is considered as a preventable health issue that affects more than 10 per cent of women and girls, saying any physical assault, sexual abuse and stalking are considered as forms of abuse that lead to violence.

“Gender based violence, commonly referred to as domestic abuse, can also be defined as abusive behaviour with the aim of overpowering or controlling the other. Domestic violence is considered as one of the most common forms of violence existing in almost every part of the world. It is thus considered as a public preventable health issue,” she said.

She said in Kaduna State, efforts are being made towards obtaining a law to protect all persons against violation of their rights. “We are optimistic that within the shortest possible period Kaduna State will have a law that would adequately check all forms of violation,” she said.

portrait of a wo(man) mind –