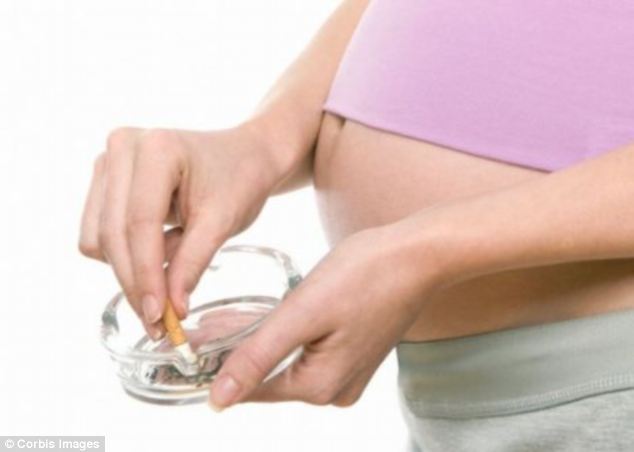 Mothers who smoke while they are pregnant or breast feeding may be damaging the future fertility of their sons, according to new findings from research in mice published online in Human Reproduction, one of the world’s leading reproductive medicine journals.

The study is the first comprehensive animal model to show the mechanism by which smoking can affect the fertility of male offspring. It is known already that smoking during pregnancy can have a number of harmful effects on the developing fetus, but, until now, the effects on the fertility of male offspring and the mechanisms involved have been unclear — a problem that has been confounded by the lack of animal studies in which the environment and exposure to toxic chemicals can be carefully controlled.

Professor Eileen McLaughlin, Co-Director of the Priority Research Center in Chemical Biology at the University of Newcastle (New South Wales, Australia), who led the study, said:

“It would be unethical to deliberately expose pregnant mothers and their offspring to the toxins in cigarettes — we already know that smoking in pregnancy harms the baby in the womb — as babies are often born small and vulnerable to disease. So, in this study we used a mouse animal model, which directly mimics human smoking, to look at what effects the mothers smoking during pregnancy and breast feeding has on the fertility of their male pups.”

The researchers developed a machine that draws smoke into a nose piece; 27 female mice were placed in the machine with their noses introduced into the nose piece and they inhaled the smoke into their lungs in exactly the same way as a human would when smoking a cigarette. The amount of smoke inhaled represented the equivalent of a pack of 24 cigarettes a day in humans. Another 27 mice were exposed to normal air. After six weeks all the mice were placed with males to produce litters. Exposure to cigarette smoke continued in the “smoking” mice throughout pregnancy and lactation until the pups were weaned. The 108 male mice offspring were examined regularly through to adulthood. The researchers investigated damage to the DNA of cells that are involved in the process of producing sperm, sperm counts, the shape of the sperm and how well they swam, and they also investigated the ability of the male offspring to produce their own offspring.

“Our results show that male pups of ‘smoking’ mothers have fewer sperm, which swim poorly, are abnormally shaped and fail to bind to eggs during in vitro fertilisation studies. Consequently, when these pups reach adulthood they are sub fertile or infertile. This is the first time we have been able to prove conclusively that male baby exposure to cigarette toxins in pregnancy and early life will damage later life fertility,” said Prof McLaughlin.

“We now know that exposure to cigarette toxins directly affects the stem cell population in the testes, causing a permanent reduction in the population of sperm produced. We also know that oxidative stress induced by these toxins causes  damage to the nuclei and mitochondria (the cell’s ‘power’ supply) of cells in the testes and this results in sperm with abnormal heads and tails, that are unable to swim properly or successfully bind and fuse with eggs.

“Although this is a study in mice, the findings are relevant to human health as many men, now in their 30s and 40s, were exposed to cigarette toxins in the womb when it was less well known that smoking affected babies’ health. These men have difficulty conceiving and this is associated with production of low numbers of poor quality sperm in their semen. Unfortunately about 25% of young women today continue to smoke when they are pregnant and/or breast feeding — thereby potentially damaging their sons fertility.”

The researchers say that even if male offspring were not exposed to cigarette smoke again after they had been weaned, the permanent damage to sperm DNA caused by smoke exposure in the womb and during breast feeding could give rise to an increased susceptibility to cancer and congenital malformations in offspring of these mice.

“As we have identified mutations in the mitochondrial DNA and excessive breaks in DNA strands in the sperm of offspring, we are investigating the possibility that pups born to males exposed in the womb may be at higher risk of cancer and congenital malformations. Studies of fathers who smoke have already shown that their children are at higher risk of childhood cancers, and this is thought to be the result of damage to the sperm,” said Prof McLaughlin.

The public health message from these findings is clear, she concluded. “We would ask that smoking cessation programmes continue to emphasise that women should avoid smoking in pregnancy and while breast feeding as the male germ line is very susceptible to damage during early development and the resulting sub fertility will not be apparent for several decades.”

The researchers are continuing to focus on the effects of exposure to cigarette smoke, not only in the sons of mothers who smoked, but in their sons and  grandsons too. They are also investigating the adverse effects of mothers’ smoking in the eggs of female offspring, and eventually on their daughters and granddaughters.

Kenya: What Does Pelvic Rest Mean?

Pregnant Woman, Another Die As Police Raid Train In Ikeja