5 Reasons Why Your Urine Stinks 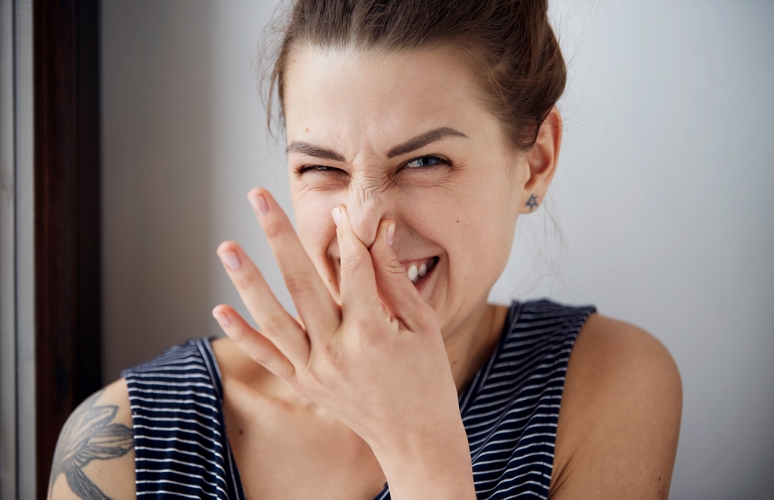 5 Reasons Why Your Urine Stinks

Well, it is no surprise that your urine stinks. For some, it has been a matter of grave concern to them. Well, lets look at some 6 reasons why it can occur to you.

1. You have an unwanted food in your stomach
Certain foods according to the British Medical Journal can cause this factor.

“Certain foods like onions, some spices, garlic, curry, salmon, Brussels sprouts, alcohol, and even coffee can change the smell,” she explains. A high-salt diet can also make your urine more concentrated, giving it a stronger scent than what you may be used to.

2. You Might have an infection
Some Unrinary infections can affect the rate at which your body begins to smell or stink, and this definately will affect your urine. The bacteria causing the infection produce the odor, in addition to making your urine appear cloudy or bloody and giving you that telltale gotta-pee-but-nothing-is-coming out burning sensation, according to the Office on Women’s Health.

So, when this happens,, try and treat it with some antibiotics and and then make sure you doctor is aware of it.

3. Diabetics
Eat a few too many treats and you’ll likely have a sugar headache, but constant sugar overload can lead to high blood sugar or even Type 2 diabetes. And one of the first ways diabetes manifests is in the bathroom, causing you to have to urinate more frequently.

Your pee may have a “fruity” smell thanks to the extra sugar being excreted by your kidneys, too. So if you find yourself running to the potty more than usual, you may want to get your blood sugar levels checked.

4. Genetic Disorder
For some, after treating all of the above, they will still have it. Then, there is something wrong. Certain genetic disorders are associated with the scent of your urine. If your pee smells “foul,” “sour,” or “fishy,” you might have a condition called trimethylaminuria, which gives you terrible body odor no matter how much you brush your teeth, shower, or bathe.

According to Genome.gov, it’s more common in women, and symptoms can worsen or become more noticeable around puberty, before or during your period, after taking oral contraceptives, or around menopause.

5. You are Ovulating
Accordint to womenshealthmag, it was gathered that the same hormones that gestate a baby (estrogen and progesterone) are also at work during your regular cycle, albeit on a smaller scale. Which means that you may be more aware of the scent of your own pee once you’re ovulating.

While the hormones aren’t necessarily changing the odor of your urine itself, they are amping up your ability to smell it, making the ammonia scent more noticeable to your super-sensitive sniffer, according to a study published in Biological Psychology.

I won’t really call dis a Sci-Fiction If I were you. first like a teacher would. I will take us through the teenage brain. Blah,Blah,blah. ...