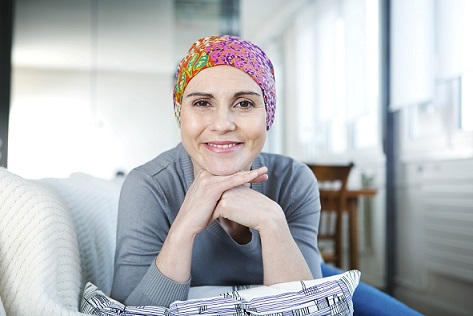 It is shocking that everyday and every year the statistics goes to show that at least 10 million women have to be told the sad news; “You have cancer”. This has indeed thrown several women into despair and trouble. What will i do, they have reasoned. All hope is not lost as they have wondered what to do. Let us consider some common types and the possible ways to manage it.

Endometrial cancer
This type of cancer, also called uterine cancer, predominantly affects postmenopausal women (the average age of onset is 60). Alas, at this time there aren’t any good screening tests to find this cancer early, says Cynthia Thomson, PhD, RD, director of the Cancer Prevention and Control program at the University of Arizona Cancer Center. Prevention.com however have some few suggestions.

Protect yourself by: Staying at a healthy weight. Endometrial cancer is twice as common in overweight women, and more than three times as common in obese women, according to the American Cancer Society. Fat cells secrete estrogen, which in turn can trigger cancerous changes, explains Thomson. If you’re premenopausal and using birth control, consider taking the Pill, even for a few years: Just 5 years of use reduces endometrial cancer risk by 25%, according to a 2015 UK study published in the journal Lancet Oncology.

Thyroid cancer
The chances of being diagnosed with thyroid cancer have more than doubled in the last 20 years, according to the American Cancer Society. But there’s no need to panic. “We don’t think the numbers themselves are actually increasing, but rather we’re picking up more incidental cases when we do MRIs or CT scans for other reasons, such as to investigate recurrent migraines or neck pain,” says Edmund Pribitkin, MD, MBA, a thyroid cancer specialist at Thomas Jefferson University in Philadelphia. More proof: Even though incidence rates have skyrocketed, the death rates for this cancer have remained stable.

Protect yourself by: Not rushing into overtreatment. If your doctor detects a small nodule, the new thinking is to monitor it and not rush into surgery, says Pribitkin. And if you do end up needing surgery, getting just half of your thyroid removed (instead of the whole gland) may be an option. In that case, you might not even need to take thyroid replacement hormone, says Pribitkin. If your doctor pressures you to get your whole thyroid out—stat—despite having a nodule under 1 centimeter, get a second opinion. The operation does have risks (including damaging your vocal cords) and requires you to take thyroid hormone for the rest of your life.

Breast Cancer
Technically, it’s not the No. 1 type of cancer in women, as that title goes to skin cancer. But the American Cancer Society doesn’t include non-melanoma skin cancers in its rankings, since they’re rarely life-threatening. (In case you were wondering, about 8,500 people in the US are diagnosed with any type of skin cancer every single day; an estimated 144,860 new cases of potentially deadly melanoma are predicted to crop up in men and women combined this year.)

Back to breast cancer, which 1 in 8 women will develop in her lifetime. The good news is that, after rising for more than 2 decades, the number of women diagnosed with breast cancer began decreasing in 2000 and dropped by about 7% from 2002 to 2003, possibly thanks to fewer women using hormone therapy for menopause symptoms. (Since then, incidence rates have been mostly stable.) What’s more, breast cancer that’s caught in the earliest stages now has a 5-year survival rate of nearly 100%.

How to protect yourself: Regular mammograms are crucial; ask your doctor when you should start getting them. The American Cancer Society recommends having this test annually beginning at age 45. Meanwhile, take a close look at your lifestyle habits. “Being sedentary, overweight, and consuming a high fat diet—particularly foods high in animal fat—all increase the risk of breast cancer,” says Jame Abraham, MD, director of the breast oncology program at Cleveland Clinic Cancer Center. Go easy on the booze, too: Regular alcohol consumption has been clearly linked with breast cancer, and research shows that the more you drink, the greater your risk.

Why don’t you try this tips and let us get to hear your view.

“It was harmless, at least that is what I thought,” says 28-year-old Mary Jane Arinaitwe. “We met at a friend’s party and my boyfriend was ...