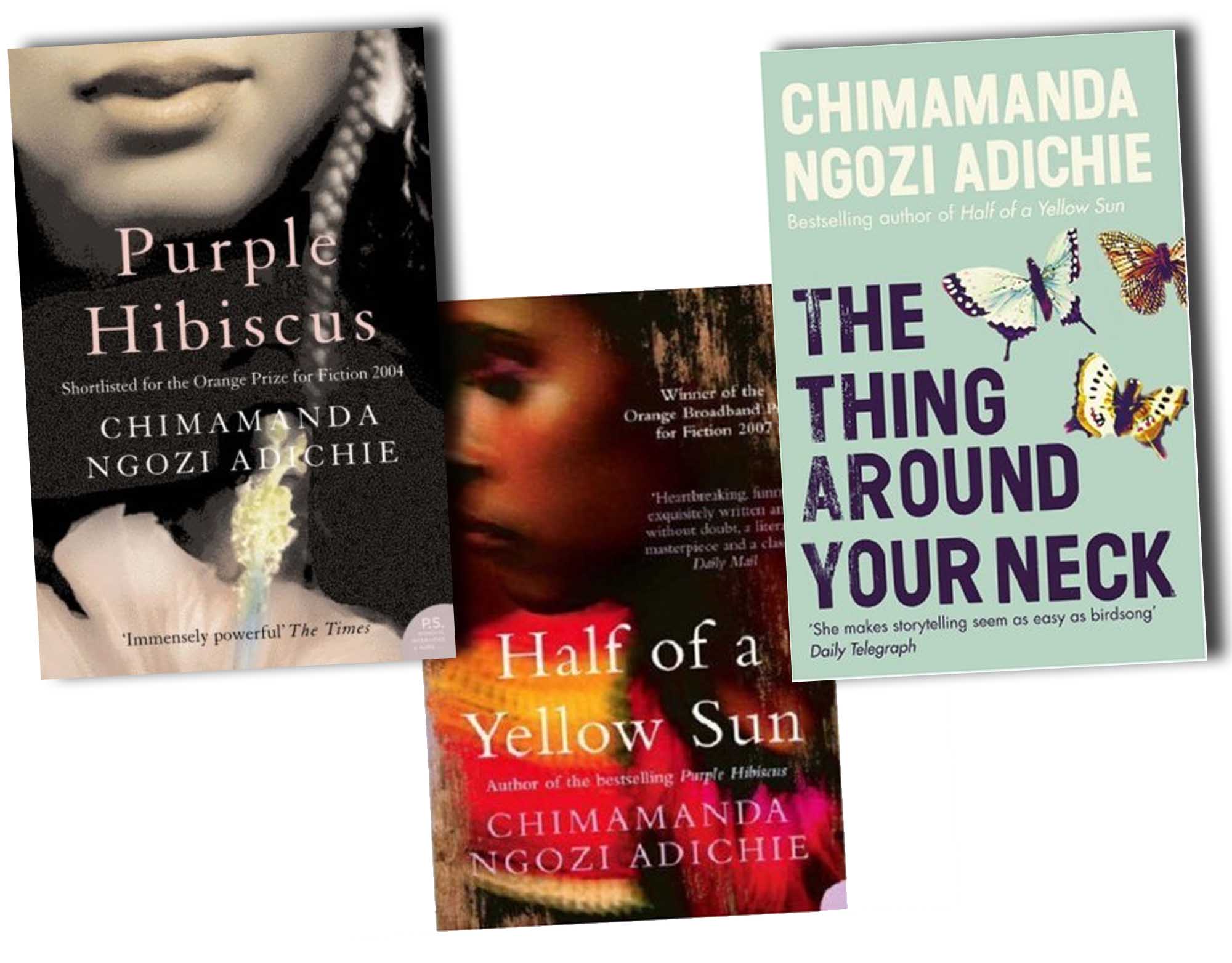 Purple hibiscus is a story of the tragic disintegration of a family, seen through the eyes of a teenager, Kambili, who is herself a victim. The family in question-the Achikes- live in affluence, which is characterized by generosity and a great sense of religious devotion. It is this later attribute which, when perverted, paradoxically devastates the family. The patriarch of the family, otherwise known as Papa, Uncle Eugene or Brother Eugene, was educated by the Catholic missionaries and he is deeply committed to Catholicism. However, this commitment sometimes verges on bigotry. Uncle Eugene is almost more Catholic than the Pope, especially in his view of sin, crime and punishment. He is also generally conservative and resistant to change. All these turn out to be his family’s greatest undoing. In what may be likened to sadism garbed in the cloak of religious piety, Papa inflicts violence on his wife and children in a way that questions filial and godly love. Time and time again, he beats his wife brutally, even when she is pregnant. One of such beatings ends in an accidental abortion of a pregnancy; she sometimes develops swollen eyes in the black-purple colour of an overripe avocado, being the consequence of domestic violence for which the husband is quite generous. His children’s experience is not any different, on one occasion Jaja, his first born, lost one of his fingers and on another occasion Kambili lost consciousness. Despite his religious conviction on this kind of treatment, Papa still feels embarrassed about letting others know the cause of his victims’ wounds or pain. This situation is eventually checked through measures which end up in disaster.

After the children, Jaja and Kambili, return from a visit to their aunt and cousins in Nsukka, things change almost overnight. Having experienced a more liberal and freer atmosphere in Nsukka and observing the resultant confidence and happiness their cousins enjoy, Jaja and Kambili become transformed and rebellious. On their return, they do not only challenge the institutions and orders of their father, in particular Jaja, but assert their right to make some decisions independent of their father’s input.  Meanwhile, the mother, in collusion with Sisi, the housemaid, is equally engaged in a passive but rather diabolic revolt. She has been poisoning her husband in instalments using a potion facilitated by Sisi through a witch doctor. While the potion is taking its toll on Papa, his business empire becomes an object of systematic destruction by the new military government in the country.

First the editor of his daily newspaper, The Standard, is killed in circumstances and a manner believed to be related to his profession as well as the nature of his connection with the repressive government of the day. The fortunes of the paper eventually nosedive, his factories are incriminated in one substandard practice or the other and therefore sealed up by the government agencies. All these weigh heavily on Papa’s mind, thereby wearing down his strength and allowing the poison to take full effect. Death is the result. Kambili and Jaja’s cousins, Amaka, Obiora and Chima, leave for the United States with their mother. His death, however, does not yield the kind of relief and freedom anticipated. It results instead in the detention of Jaja, who assumes responsibility for the murder of his father, and mental and emotional destabilisation of the wife. Even Kambili who somewhat still shows sympathy for the father is not insulated from the concomitant trauma. The book ends with the release of Jaja.

MY VIEW: Purple Hibiscus is one of my favourite books written by females. It helps to show the decay of the family and domestic violence in a seemingly

happy family. It shows that we still have great writers in Nigeria considering that it is a first book.