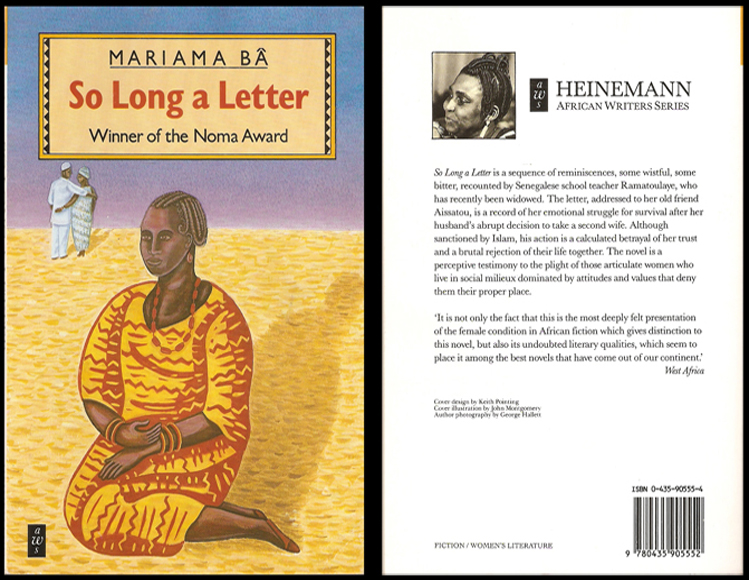 So long a letter is a sequence of reminiscences, some wistful, some bitter, recounted by Ramatoulaye who has recently been widowed. The letter addressed to her old friend Aissatou is a record of her emotional survival after her husband’s abrupt decision to take a second wife. His choice is Binetou, the best friend of their first daughter. She also talks about Aissatou’s own divorce and what led to it. Aissatou’s husband, Mawdo Ba, is best friend to Ramatoulaye’s husband Mawdo Fall. The letter ends with her expressing her joy to see her best friend again after such a long time. 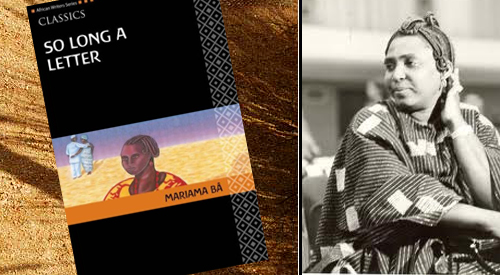 My Opinion Of the Novel

As I sat down to read this book, I was captivated by its words. The deep feelings engendered in one throughout the book. The uniqueness of the plot makes it captivating and the narrative technique used makes it more personal and closer to home. The book’s plot is one that is very dear to me because I love to read anything that discusses the struggle of women. It opened my eyes to the pain a lot of women have gone through just because of their husband’s infidelity and how society views it. African women and indeed women worldwide have had to cope with the betrayal that comes with polygamy. The book explains it so well that I could not but be moved. It also shows the different sides taken by women in polygamous marriages. Ramatoulaye decided to stay on in her marriage while her best friend Aissatou left hers.

If you’re looking for a book that explains the plight of women in polygamous marriages and the pain and betrayal that comes with it, look no further. So long a letter is a must read for all females. I love the emphasis on friendship and strong bond as shown between Ramatoulaye and Aissatou.

I’ve enjoyed reading So long a letter and I hope you have or you will too.

Here are some of my favorite quotes from the book

The mother of a family has no time to travel but she has time to die.

The fact that children are born of the same parents does not mean that they will resemble each other.

Being born of the same parents is just like spending the night in the same bedroom.