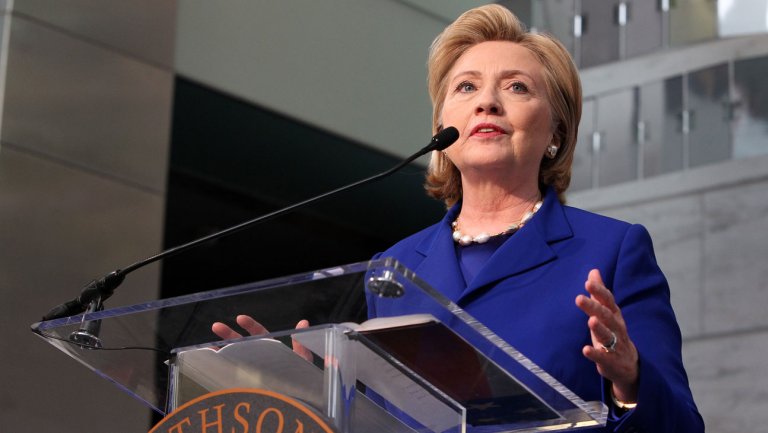 Indeed, it is a wonderful time to be a woman in the world right now. As Hilary Clinton tweeted, after her claim as the presumptive nominee of the Democratic Party, her success at clinching the nomination has opened the way for women to attain whatever goal they set for themselves. In Hilary’s words:

“To every little girl who dreams big: Yes, you can be anything you

Tonight, we can say with pride that, in America, there is no ceiling

too great and no ceiling too high to break.”

CNN’s Christiane Amanpour re-tweeted Gloria Steinem’s tweet, ‘I did not think that I would live to see this’.

Surely, this last tweet, re-tweeted already by several women across the world, re-echoes the overwhelming feelings of collective achievement by several women; including some women on the opposing side of Hilary. Indeed, this is not about politics or economic status; it is about a historical and ‘magical’ moment for all women in the world. To refuse to acknowledge this unique reality is to remain mentally blind and emotionally deprived. Since the beginning of the female struggle for identity and equality, which formally evolved in the nineteen century, hope has never been this sure and life has never been this bearable for women.

It was to be expected, for as the Nigerian saying goes, ‘a child that will turn out smart would have shown signs as a kid’. No wonder this wonderful woman who has made this feat possible has clearly been showing such signs as a kid. She knew what it was to ask questions; to make the impossible, possible; and to fight for an identity. In her class of ’69 commencement speech at her graduation from Wesley College, talking about her experience and that of her classmates during their four year stay at the college, she has this to say,

“Every protest, every dissent, whether it’s an individual academic

paper or Founder’s parking lot demonstration, is unabashedly an

attempt to forge an identity in this particular age. That attempt at

Here is a young woman who understands the importance of ‘forging an identity’ and developing ‘humanness’. No wonder she has fought all her life to face the impossibilities in her life. In that 1969 speech, she acknowledges that this is a major focus in life.

”  … we’ve had lots of sympathy, but we feel that for too long

our leaders have viewed politics as the art of the possible.

making what appears to be impossible possible.”

Indeed, the chicken has come home to roost! HILLARY RODHAM CLINTON has truly made what appeared to be impossible for centuries possible in our time. We thank her sincerely, and we stand with all women to STAND WITH HILLARY at this magical moment in mankind’s history.

However, without taking anything away from this wonderful time and the great woman who has made this happen, we turn our attention to Africa and the women of the continent; facing all sorts of deprivation, while also roiling in the corruption mire alongside their men. How can we build such powerful, cerebral women who would grow up to make us proud and make strong impact on our world? In a situation where our young women are more comfortable showing off their flesh and auctioning it to the highest bidder; when intelligence does not attract them, but money does, no matter the source, there is trouble in the African space. What can we do to turn around our situation?

It is time for all well meaning Nigerians and indeed Africans begin to face the reality of our lives now. Let us start building our young women to face the world and prepare to ‘make the impossible, possible’. Thank you Hillary for giving us hope.

Breast Feed Your Baby Not Your Man

As a mother do you still enjoy the act of breastfeeding? Nothing can beat that feeling that you breast fed your own baby. From experience, ...