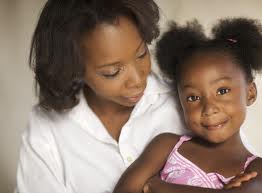 Hajiya Kande Garba is the founder and chairperson of Wazobia Women United Association which preaches unity among Nigerian women, economically empowers widows, orphans and the less privileged. Hajiya Kande, who is not lettered, pursues women rights and empowerment with passion. In this interview, she speaks on women’s role in ensuring peace and unity in the country, child upbringing, and involvement in politics, among others.

What inspired you to establish the association?

I want unity amongst Nigerian women. I also want to give support to women in the country irrespective of tribe, religion or where they come from. The association is a forum where we can come together in sisterhood, champion our cause, help one another and promote unity in the country.

I also established the association because of the increasing number of widows and orphans as a result of insecurity in the country. As we hear of killings here and there, many widows, and orphans are being left behind. Their number is increasing by the day.

In this association now, we have so many widows that you will be shocked at their numbers when we come for meetings. Many people are suffering because they have lost loved ones and property. When people’s property are destroyed, many of them become poor and begin to lack even what to eat. So I established the association to see how we can help them.

More so, government only supports women through groups and not one by one whenever it wants to support. I established the association to cry to government and well meaning Nigerians for care for women particularly the widows. We then reach out to them. The women need individual support.

The association is about three years old. We were only five members from the beginning but today we have members and co-coordinators in all the 36 states of the federation and the Federal Capital Territory.

What do you think is the role of women in ensuring peace in the country?

Government first has the major role to play. They should strengthen security all around the country because many people are mourning as a result of the insurgency. We are all in dire need of improvement in security.

Secondly, women have a role to play in bringing up children with the fear of God, right behavior and loving their fellow men. It is necessary for mothers to monitor the activities of their children and other family members, and guide them from wrong doing. They should know their movements and the company they keep.

What is your take on women’s participation in governance?

Women are really marginalised in politics from the grassroots level to the national level. All this has to change because women have their own contributions to make in the development of our country. When women are in government, the interest of women are also promoted better.

There should be consideration for women , at least where there are 100 men, there should be a minimum of 50 women. This should be put in place from the political parties to all levels of government.

Men should also stop cheating and tricking women in the political arena. They should allow women to play their part.

How do you get the funds to empower the women?

The members normally contribute the money we use to support the less privileged ones in our midst or empower others. We don’t have any support. Like recently we taxed ourselves and brought in a facilitator who taught the women how to make soap, detergent, room fresheners to mention a few. This is to make them self reliant but the problem is start up capital. After learning many still don’t have money to start business. So we are calling for support for the association to assist these women.

As an elderly person what worries you about the family unit that should be changed?

We were raised with high regards for morals and appropriate behavior. These days you see boys sagging their trousers and leaving their pants on display for the public. Our ladies dress inappropriately with scary make up.

Some mothers look the other way or are negligent in their duties when they see their children going wrong. Many youths today take hard drugs and these drugs make them violent and do other evil things. Mothers should be able to condemn such behaviours in their children.

Also christians and muslims lived together in peace. Now what we see is hatred and divisiveness in all areas. We should all see ourselves as serving the same God and respect one another. We should eschew religious and ethnic violence.

That is why in this association, we have women from all religious and ethnic groups. I am from Kaduna State. There is no discrimination, we preach unity and oneness.

Awolowo, Azikiwe and Saudana were from different religions and tribes yet they worked together to build this country. We too should build on their work and ensure unity amongst ourselves and let our children see and continue with it.

Women should raise their children with respect and love for others irrespective of their tribe or religion. They should not instill divisiveness in their children but oneness. They should teach them the importance of unity amongst Nigerians and our country will be better.

3 steps to being a happy mother

4 Ways To Ask Your Husband Out On A Date