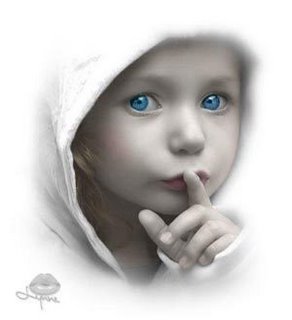 What happens if a woman isn’t able to reproduce? In Africa, having a child is deemed to be the basic source of life’s happiness. Put another way, who exactly is a mother?

She got married at the age of 29 after tying the knot with her hubby whom she had courted for four years prior to their marriage. Shortly after, Pamela and her husband got down into the business of making babies.

“Just before my wedding I started having problems with my periods. They became heavy, lasting almost up to 10 days” she says.

“I sought medical help and all results seemed okay, but then after further tests, it was confirmed I had fibroids which had developed just behind my uterus,” she continues.

Unbeknownst to her, this was to be the beginning of an emotional turmoil that would rob her of the joy that accompanies being a mother later on in the year 2011. This was after she finally thought her prayers had been answered.

That journey lead her through series of surgeries meant to remove the fibroids. After series of failures, it was discovered that one of her fallopian tubes had been blocked.

Luckily for her, her gynecologist observed that the other tube could still allow her conceive. This was confirmed when she later discovered she was on her way to being a first-time mother.

“In September 2011, I conceived but started experiencing pains similar to the ones I had when the fibroids started at the beginning,” says Pamela.

A visit to the doctor brought back sad memories. This time not only had the fibroid recurred but it’s growth was inside the uterus and was literally fighting for space with the developing fetus.

The condition was not good at all, according to the doctor, who confided to her that they must hope and pray that the baby survives 7 months so it could at least be put in an incubator.

It was during her fifth month of pregnancy, when suddenly on a fateful day she begun bleeding profusely and had to be rushed to hospital.

“Prior to the doctor’s arrival, I kept feeling like something big was coming out. The pain was excruciating and when the doctor did arrive I was told I was experiencing another miscarriage,” she relates with a hint of emotion.

She did not only lose the baby but has not been successful at conceiving again ever since. During the second half of 2014, the doctors confirmed yet another unsettling truth to her. The fibroid was back again in her uterus and the other Fallopian tube that supported could have supported her bid to conceive had also become blocked.

“I said to myself this is the end of me getting kids. I was given three options,  they included going to the theatre and attempting to correct the tubes, go for test tube babies or I adopt a kid. I am still thinking of what to do,” she says.

However as Pamela still ruminates on this dilemma she says that the silver lining for her is that she’s lucky to have a “very supportive” husband and in-laws who have been terrific in their empathy.

Knowing she is not alone in her experience has also offered her strength and says that the Trying to Conceive facebook group she joined has somehow lessened her pain and given her hope.

“I’ve met someone on the social media who was told she couldn’t conceive again but miracles have happened and now she has twins,” says Pamela.

“I’m still very hopeful because of the stories I’ve heard and through prayers nothing is impossible.”

But there have been other challenges too, in the form of negative energy from some in the society who seem to ridicule and even despise women without children, something she confides has often pushed her to be wary of sharing her story with everyone who cares to listen.

“Like the other day, there was someone who was looking for ovaries from a donor and she had posted a press cutting of an advert that had run in a newspaper on Facebook and some women were making fun of it, there was no single comment on a positive note about the issue.All of them were just plain (sarcasm),” she complains.

Nevertheless Pamela recently mustered the courage to attend a mothers’ forum where she briefly spoke of her experience and posed the question of what the definition of a mother was and whether women who share her story are welcomed to events tailored for ‘mothers.’

Responding to her question the Supamamas founder Christine Khasina assured Pamela that she is as much a mother as any and promised that the mothers’ oriented organization was going to relook its perspectives about just who a mother is so that they can accommodate all who might have been mothers were it not for misfortune.

* Pamela is not the original name of the woman. This was changed to protect her identity.

About nine women die every day as a result of cervical cancer in South Africa. A new, do-it-yourself test could help detect more cases earlier ...