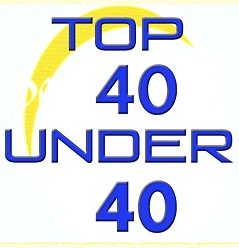 By now Christine Khasinah-Odero is used to turning heads wherever she goes.

The impact of her brainchild company has won her quite some accolades already including being nominated by Up Magazine in 2013 as one of Kenya’s Top 5 Women Under 40, 2013; South Africa’s CEO’s Magazine awarded her as one of the Finalist Most Influential Women In Business in Africa SME Category 2013 and again in 2014 which she was bestowed in October this year.

Also in 2014 she was honoured by Business Daily in June as one of Kenya’s Top 40 under 40 Women. Deservedly, she is making some waves in the entrepreneurship circles across the African continent with her Supamamas Company growing from strength to strength since its formation in 2011.

The media has too has allocated some sizeable space to her story in which the lady behind the moms’ oriented entreprise has been portrayed in her rather many faces; a marketing enthusiast and expert, a former tea girl at an auto mechanic company, a tours and travels company employee and later on proprietor in the industry and a Supamamas pioneer and a mother.

With a vibrant personality and words such as witty, charisma and full of passion having being employed to describe her character Christine may easily come across as belonging to the lucky sorts of persons who are cut out for greatness and success.

Be that as it may, an interview with this super mother revealed that her journey was a tough walk. One that for the faint hearted they simply couldn’t have sailed through to the top.

While expectant in 2010 she was also itching to start a business of her own albeit only that all indications seemed gloomy.

“There was no-one to turn to. No support system or source for advice or inspiration. It was a lonely position to be in, and this is when I figured out that many professional and entrepreneurial mothers in Kenya must feel the same way. This is how the idea of Supamamas was born,” she said.

She wanted to create a platform that would connect mothers with each other through regular events and tie them with experts as well as baby brands. She was seeing a gap when she could not find a one-stop shop with resources that a mum needed locally.

But while the concept was initially well received “huge doubts” were to follow in which Christine’s mettle was put under the severest of tests.

“The early stages of starting Supamamas were not easy at all. It seemed difficult to get the word out and get mothers, partners, and sponsors to participate. My first event was not successful. Hardly any mothers came to the Mum Market event we had organized and so the exhibitors that I had invited were giving me a hard time. I remember how rains poured down on that event almost crashing the exhibition tents. It was a disaster,” she remembered.

According to her the sustainability of the enterprise at the beginning was also a major challenge as they had not figured out the different revenue channels to float the business coupled with lack of sponsorships and very few attendees to events.

“But something kept me going and my next event was attended by 30 to 40 mums, it was an event specially organized to celebrate single mums. This is when I became optimistic again,” she said.

“My reaction to the initial challenges was like any other human being feeling discouraged with the temptation of almost going back into formal employment. Setting up a business is a test of willpower,” she adds.

In 2011 she says she got to her lowest point after a particular event turned out farther away from expectations despite being one that she had put a lot of effort into but being one who believes in the mantra ‘keep learning and growing’ it was also the turning point in her quest.

“I went on because it’s not in my nature to quit.  I have always been the kind of person who strives for better, no matter how hard it gets,” says Christine.

At the beginning though she had had to take it in her stride even when people had said it to her face that the concept was not a feasible business idea, some going as far as to think Supamamas was a feminist movement.

But the idea has since bloomed to fruition with the company hosting monthly events which vary in theme including baby nutrition, skin, sleep and safety, pampering events, financial planning events, networking, mentorship, family fun days and also mobilizes mums and corporate companies to give back to society through community service and mentorship.

Today the company has already reached out to about 3000 mothers and she hopes to expand more chapters abroad and opening up an ICT centre in Nairobi to provide mentorship, inspiration and information for young girls and women.

According to her the company’s website eventually became a good income earner from advertising revenue which complements earnings from the events through sponsorships and exhibitors.

The events themselves are structured differently depending on the level of sponsorship and interest expressed by potential attendees while themes attached to them vary from mum and baby fun days, single mothers’ events, Supamamas members’ barbeques and etiquette in networking forums.

That way she managed to attract corporate brands that often fully sponsor most of the events in return for getting a targeted audience to create awareness about their products and services.

And now she says it is the rapid growth of the company that has become the main challenge while attracting committed employees “who think outside the box” has become the major point of focus.

A mother of one, the 33 year old supa mother who went out to start a business at about the same period she began as a mother is of the view that “being a mother doesn’t mean that we put our dreams on hold” and while at it she has said before that finding a balance is all mothers need to do.

Christine has demonstrated that being a mother, a professional and a business owner all at once is not at all impossible and her value for family is never pulling at the rear.

“Family is important. Building a business can be so consuming. It is the only thing that is on your mind, first thing in the morning, last thing when you go to sleep. So one can be easily neglect family. Never let go of what’s important, and that is family,” she was quoted late last month by the Daily Nation.

Her parting shot?  For those who have business ideas and are afraid to start I would encourage them to step out and try out their ideas, you never know it could revolutionalise your industry or country