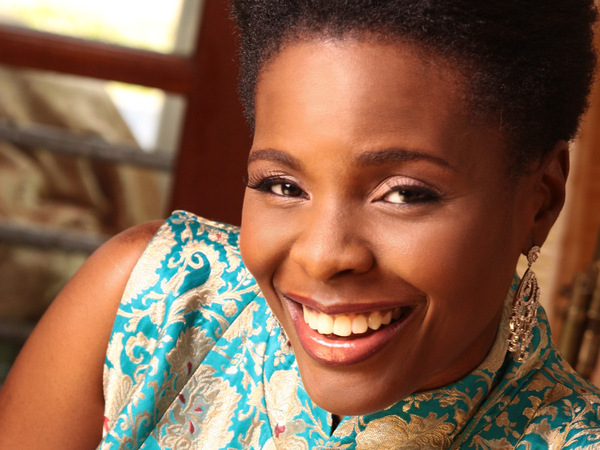 OLAJUMOKE ADENOWO, popularly acclaimed as Nigeria’s leading female architect is a serial award winning Architect. Admitted to the University of Ife to study Architecture at the age 14, she graduated at 19 with a BSc. (Hons) and subsequently with a record breaking distinction in Masters of Science (MSc) in Architecture (a first in the several decades of the history of the Institution). While in the University, she won several faculty awards for her academic work. In 1991, she was included in the “Who will be who in the 21st century” (young achievers section) by the International Biographical Centre Cambridge, England. She is an alumnus of a number of prestigious institutions including the Lagos Business School Chief Executive Programme (2002) and The IESE Business School, University of Navarra, Barcelona, Spain (2005).

As a precocious youth while employed in Femi Majekodunmi Associates, she designed the Federal Ministry of Finance, Abuja. In 1994, she founded her own serial, international award winning Architecture and Interior Architecture firm, AD Consulting, which is now recognised as the boutique firm that pioneered Interior Architecture in Nigeria. AD Consulting, providing bespoke interior design and architectural services to adiscerning clientele, AD has executed the design and overseen the construction of over 70 outstanding projects for the Nigerian federal and several state governments, multinational corporate organizations and private individuals. In 2012 and 2013, AD was the only Nigerian architectural firm recommended by the British Chamber of Commerce for architectural services in Nigeria. AD’s works have been published in international publications alongside some of the World’s leading architectural firms.

Out of her passion to positively impact on the lives of women and transform the youth in the Nigerian society, she established Awesome Treasures Foundation (ATF) in 1999. ATF is a faith based Non-Governmental Organization (NGO) that identifies, develops and deploys transformational leaders to positively affect Nigeria. ATF’s summits and other initiatives have attracted well over 50,000 attendees. The NGO has changed lives for the better by empowering women and the youth through the provision of entrepreneurial and skills acquisition to over 5,000 women; providing intervention to inner city children on basic primary education; primary health care intervention to over 1,500 people, and rescuing over 120 young girls at risk of sexual abuse in the inner cities amongst other initiatives.

She is a speaker of note in demand at summits and conferences including the Harvard Business School (African Business Club), the WIMBIZ, the Inspiring Woman Businessday Series, churches, and media platforms.

She hosts her own syndicated radio program Voice of Change on Leadership. She is an author of several books including the much lauded “Lifespring the Mothers’ Prayer Manual”, “Designed for Marriage” and others. She writes a popular column on relationships and another on interiors in Thisday Style and Essential Interiors Magazine. She is also a lyricist.

She has served and still serves on the board of several businesses, institutions and social initiatives; the Board of Fountain Holdings Limited, the National Think Tank, the Ekiti State Economic Council, the Board of Governors of the prestigious British School of Lome amongst several others. She is also a member of the International Coalition of Apostolic Leaders led by C. Peter Wagner. She has been honoured with several awards a few of which are the Rare Gems award by WODEF in conjunction with the United Nations Information Centre, the International Property Awards (Best Public Service Architecture, 2012), African Property Awards (Best Mixed-Use Architecture, Best Office Architecture and Best Public Service Architecture, 2013 and Regional Best in Africa for Public Service Architecture), IDEA Awards (Best Commercial Designer 2012, Best interior Architect 2013), honoured as an “Ambassador of Excellence” for outstanding achievements in Architecture and Women development by her alma matter and 2013 NAPS Iconic Excellent Leadership Award for National Association of Polytechnic Students Personality of the Year.

She is married to Olukorede and they are blessed with two sons.

South Africa: Men Should Do More to Protect Women

As we launch Women’s Month for 2013 to mark 57th anniversary of the brave women of South Africa who fought for freedom, I wish to ...