3 care that should be taken when using a public restroom 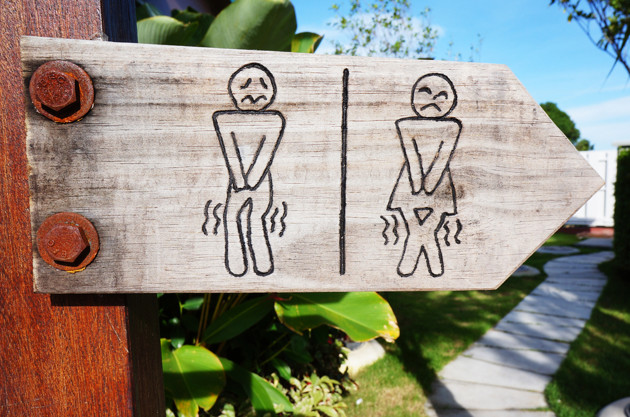 3 care that should be taken when using a public restroom
Are you one of those people who are terrified of public toilets? Many use the public restroom only in maximum need and avoid touching any surface at all costs. Some of these cares are plausible, but others not so much.

Look at the 3 truths of care that should be taken in the public restroom and 3 myths that many people believe but are not true.

1. Covering the toilet seat with toilet paper before sitting is a good idea.
Truth. According to a microbiologist at the University of Toronto, a drug-resistant strain of bacteria called CA-MRSA has been discovered that can be transmitted through contact with the skin and can cause infections. The risks of contracting this bacteria through the vessel’s seat are low, but Scott says it’s better to be safe than sorry. So the microbiologist advises people to put paper in the toilet seat before sitting down to create a barrier.

2. Automatic dryers are more hygienic
Myth. A recent study published by the journal Applied and Environmental Microbioly revealed that automatic dryers can leave the hands more contaminated than they were before. This is because “dryers suck the fecal coliforms from the air and blow them in your hand, as well as scatter them throughout the environment,”.

Scientists collected samples from 36 toilets and found that colony bacteria developed much more in samples exposed to the dryer.

4. Avoid touching the doorknob when leaving the bathroom is a good idea.
Truth. As not all people always wash their hands after using the bathroom, the door handles of public toilets may be contaminated.

A Microbiologist explained this concerning the Women’s Health: “The handles and pushpins in public toilets are incredibly contaminated, and for men they are usually contaminated with fecal bacteria. fungi. “And therefore, recommends that people use, if possible, a paper towel to open the doors.

5. The chances of getting a disease in a public toilet are high
Myth. According to the WebMD website, there are many microorganisms and different types of viruses living in public toilets, but habits such as hand washing can already decrease the chances of infection dramatically.

Many people believe that the toilet seat is the place that carries the most viruses. But the toilet seat is not the main vehicle transmitting disease. These microorganisms survive in the seat for a short time, and there would have to be contact with the urethral or genital tract, or a cut in the thighs or buttocks for an infection to actually occur. So, according to WebMD , the chances of that happening are quite low.

“The only places where there is a significant transfer of diseases regularly, we believe the medical care environments are, because people in those environments then have weak immunity,” explained the microbiologist, Gilbert, to LiveScience.

“Bacteria in bathrooms come from feces, which can be released into the air when we discharge, especially in toilets without a lid a professor said.

South Africa: Men Should Do More to Protect Women

As we launch Women’s Month for 2013 to mark 57th anniversary of the brave women of South Africa who fought for freedom, I wish to ...