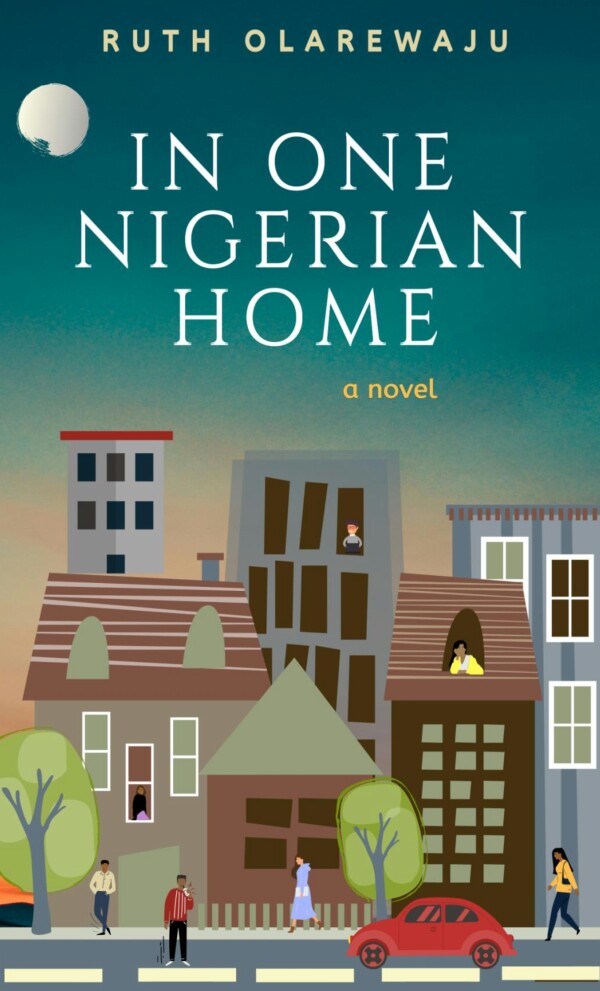 SPREAD over a hundred and fifty nine pages, In One Nigeria Home by Ruth Olarewaju tells the coming-of-age story of Omotobilojumi – Tobilo, a year 2 senior secondary school student – wrung between a family’s stereotypical gender demands and biases common in Nigerian homes, and a romantic relationship peculiar to high school students and its patronizing controversies. It brings to mind Sarah Ladipo Manyika’s In Dependence and AH Mohammed’s The Last Days at Forcados High School.

In In One Nigerian Home, Ruth Olarewaju weaves for us a moving story that revisits the trends in many a Nigerian home; such as gender imbalance, domestic violence, child abuse, and more. In the novel, Tobilo, a teenager bears the suffering and guilt that come with being an only child and a daughter in a family where the father, though educated, is a residue of an African culture that considered female children of little or no importance as male ones. This toxic patriarchal disposition towards life not only makes the father irresponsible, it also makes him violent and abusive.

The idea of home itself is a complex phenomenon in the text. The home (until towards the end of the novel), for Tobiloju, is ironically not really the home. It contrasts what is evident in the family of Leonard. These two backgrounds, perhaps, shape and affect how either of the characters sees and is seen in a common avenue – the school. For Tobiloju, the school offers her a place where she could fight back without having to hold back – a kind of freedom for which she would get lashed if she excersised an iota at home. But for Leonard on the other hand, the school is an extension of home, with the constant presence of his many female crushes. Home is best said to be a demanded, negotiated ideational environment for Tobi – with much of the territorial presence enabled only when she is in school. For Leo, however, it is an idea and a place, the two of them extensive – from the perks of being an intelligent student, the most admired handsome guy, a school prefect to being a son of two parents from two different countries.

What In One Nigerian Home offers us is, nevertheless, more than the story of domestic violence and paternal autocracy; it makes us a proud audience of hope for humanity. Love, a thematic concept that suffers or thrives at various points and turns in the narrative, survives and blooms in the end. It serves as redemption. Faced with such harsh reality of being despised by her father because of her gender, Tobilo lacks enough positivity to reflect on her life, accept and celebrate herself. The one thing she finds herself familiar with is to fight to assert her existence and values. She is almost a loner, but for Temi, her confidant. Her slow but eventual love affair with Leonard exposes and redeems her. She busies herself with living in her own head but once she lets her voice out at a talent show in school, she calls love to herself in the image of Leonard. This auditory channel, more than invites light into darkness, also equates the hypnotized (Leonard) with what could be a measure of value and worth, for if Tobilo’s voice is taken as a treasure, Leo as the scale, there is more than its heavy weight.

It is also worthwhile to note the circumstantial and geographical interplays influencing the various human relationships. The school, a public institution, houses the good and the bad. Being a mecca of people with different backgrounds, it comes out as a rainbow of differences. There is the teacher that teaches well and the one that does not. There is the class that causes trouble and the others that do not. Thus, it is a theatre where ways and manners intercept. It is this nature and the culture it exudes that create an avenue for the uncouth Nessa group to have their days, what enables the morally corrupt Principal (Mr Maurice) to keep an extramarital affair with Ms Abigail. There is the other, the home/family – the private institution – which is less populated but more influential. Everything ultimately goes and comes from it – such as the conscience that is expected of a married man and a symbol of moral decorum that rake the minds of Mr Maurice and girlfriend in the lab when almost caught in the act by Tobi. The leap into Tobiloju’s private life by Leo, preparing an emotional ground for a Tobi-Leo romance is also a case in point. And very importantly, the pregnancy test result which promises the coming of a male child creates a friendly atmosphere in Tobi’s family. Through these, we encounter diversities in human actions, inactions, worldviews and values.

In conclusion, In One Nigerian Home is an exciting first novel. Certainly, Ruth Olarewaju has shown a great promise and one would love to read more of her writings. It is to her that we owe the seamless narration that unravels the story. Sure, there is room for growth. Nobody exhausts growth. What this would mean in the case of Ruth would be a truckload of sublime writings.

In Rains By Taofeek Ògúnpérí

Joys of Innocence – Pages before it all Ends…

In Rains By Taofeek Ògúnpérí