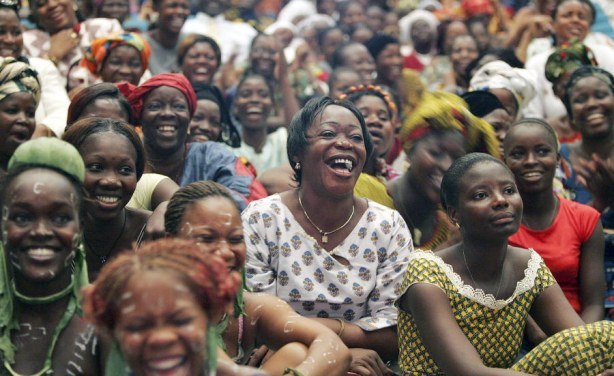 Across the world the challenges facing women are often common in nature and form ranging from discrimination to violence and abuse. The Alliance Francaise cultural centre in Mombasa held a photo exhibition on Thursday night dubbed ‘Women in Resistance’ to celebrate the gender struggle and the spirit of resistance. Both women and men attended the event which was marked by an outpouring of emotions and personal experiences in support of the principles of equality and mutual respect for both sexes.

Women gave speeches either to acknowledge the gains that have been achieved in recent years in the fight for women issues and the girl child or to express their feelings on shortcomings that are still experienced across society in relation to women development. Janet Chumbe, a film director praised the significance of the event saying it gives hope to women to continue in the advocating of their positions and restoration of dignity.

“For me as someone in the film industry I think women have had a chance to be leaders of (film production) projects and now for instance we are in a position to rectify that trend of women being used as objects of sexual attraction…before it has only been men directing the productions and women being used in this way but with us in these positions there are now limits for (men and women),” she said.

However the Solidarity with Women in Distress (SOLWODI – KENYA) country director Ruth Lewa reminded the audience that while considerable gains have been achieved it does not mean that women across the geographical spread have equally benefited from the progress.

“One might have this false notion that women are empowered but the vulnerabilities are still there because those who are in the rural settings are still grappling with the same issues that those in urban areas seem to have conquered,” she said. The featured work at the exhibition included the work of a French photographer who travelled around the world capturing images that depict women challenges in Cambodia, Morocco, Algeria, Haiti, Sudan, Peru and the Democratic Republic of Congo.  The Democratic Republic of Congo has been described as the “rape capital of the world” by United Nation’s Special Representative on violence against women. Eastern Kivu regions of the country have remained the epicenter of civil strife since 1996 and women and girls bear the brunt of the conflict. Morocco The Lique Democratique Pour Les Droits Des Femmes (LDDF), a women rights organization, has been credited with increasing progress of the status of women in Morocco. The LDDF’s work led to the ground breaking constitutional change of 10th October 2003 when King Mohamed the Fourth announced the reform of the Moudawana, the family code, to promote equality between men and women. Peru Between 1995 to 2000 over 300,000 women underwent forced sterilization as a result of the “voluntary anti conception surgery” policy of President Alberto Fujimori. Efforts to render justice to the victims have been unfruitful largely attributed to lack of political will.

Haiti Women have been the first victims of Haiti’s political instability; domestic violence prevalence is at more than 80% of couples and women often end up as single parents, rapes of women aged between 13 and 49 were common during President Aristides rule while fewer than 10% of gender violence victims report their cases currently due to lack of faith in the justice system.