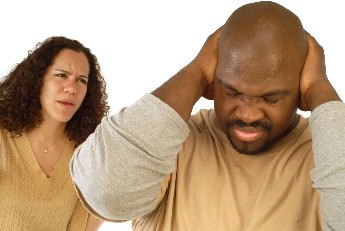 Over the world, the issue of human right is what is generally acceptable and no nation desire to see her citizens exist without exercising their fundamental human rights as stipulated by the constitution. However, it is obvious that irrespective of the universal acceptance for the respect of human lives and dignity. There are some nations of the world, where the rights of some section of the population are down-trodden and deprived (i.e. the folks).
Similarly, in cultural and social term, the society see the females as tools and object of weakness without any relevance to the society but from the master of creation, man and woman are suppose to live and complement each other. Thus, the case is opposite in many African countries with special reference to Nigeria and in particular the northern part. This great influence has created various violence against the female (child girl), which has led to ‘’domestic violence’’ and this phenomena is generally accepted in these societies.

Most people are directly or indirectly partakers of a form of violence that has caused a ceaseless tears and veils from the past. With a peculiar desire to shade more light on the intricate cause of violence in the northern part of Nigeria, where I happen to live a very delicate years of my life. The assumption female grow up with is a very bad notion as they feel the head of the family is always a male, also duly carry the duties of catering for the family. This notion has created in them a hold not to display any potential as a weaker being and carrying about the illiterate saying that’’ a woman’s education ends in the kitchen.

’’ The foundational violence that has huge in itself other forms of violence is the educational form. It is a shame that at this dispensation {westernization and civilization),humans will have a very primitive knowledge about education which has gained a stronghold in the world at large because of its use as a tool of sharpening human thought and ideas to make the world a better place to live. The entire attribute and even more placed on the education has still not given people the notion to want it desperately. Northerners see education as an ‘’eye opener’’ that is a form of enlightenment that takes away every cultural and religious belief in people. So they felt the best solution is to abolish education for the girl child. And to foster entrepreneurs by hawking on the street in turn without considering the havoc which later in life pose a question that only educational knowledge can answer.
Subsequently, the lack of social interaction and exposure given to the female gender in the north has taken the better of them. It comes only in some schools with positive and negative related issues and amongst peer groups that give reasons for experience, what I term the ‘wanna be’. The culture of the north carries with it, a high level of timidity which ‘they’ take to be respect. These so called respects do not allow them to relate their emotions or related issues to their loved ones. As a result, that even when molested cannot voice out.
Conclusively, If the westernized knowledge has vacuum, then all forms of violence will be initiated. Come to think of it, you can’t apply knowledge when you don’t have the cognitive ability. This lack of education poses threat when faced with problems of any forms of violence that need judicial knowledge which in turn poses a threat. Domestic violence kills a man from the inside (that is your future is crippled as the past hurt you and take the better of you).it then result to psychological, emotional and physical disarray. The better means of eradicating violence is to and relate explicit relationship with the outside world.